On New Year’s Eve 2018, someone snapped a picture of Jenny Wagner. When she saw it, she was horrified. She knew she had gained weight, but seeing a photo of herself at 240 pounds was shocking.

“I had gotten to the point where I absolutely loathed seeing my reflection,” the 30-year-old from outside of Jacksonville, Florida, told TODAY. “I still felt like a thin athletic girl. Then I would see a candid picture of me and I saw what I looked like.”

For much of her life, Wagner had been athletic. In her early 20s, she got married and started gaining weight. Doctors diagnosed her with polycystic ovarian syndrome (PCOS) and gave her medication to treat it. They also suggested she lose weight, but they didn’t say how to do it. Years before, when she struggled to conceive her daughter, she lost 30 pounds and became pregnant. But after giving birth, she never lost the baby weight. She tried diets in the past, but they never lasted.

“After three years of denying my weight I realized this is what I looked like and this isn’t what I wanted to be,” she said.

So she and her husband, Nathan, started the ketogenic diet, a low-carb, high-protein, moderate-fat diet, and they paired it with intermittent fasting, eating all their meals between noon and 8 p.m. For 30 days she only ate 20 net carbs and zero grams of sugar. She lost 15 pounds that first month.

Back home from our little getaway & ready to see my baby! Last night was our fancy dinner & I got to get all dolled up! I spent the last week eating anything I wanted & still managed to fit into my formal dress 😂 My body is begging me to put some healthy food in it, and I will………starting tomorrow. 😂 #jens100poundjourney

For nine months, Wagner stuck with the keto diet and lost 80 more pounds. While she liked eating fewer carbs, she slowly made changes to her eating habits to make the diet more sustainable, such as adding in some carbs and lower fat foods.

“To lose the last 20 pounds I transitioned to calorie counting,” she said. “I was absolutely terrified that by allowing carbs back into my diet that I was going to gain back so much of that weight I lost.”

But by pairing an expanded diet with calorie counting, she was able to enjoy pasta and bread while still losing weight. She simply ate proper portions and stuck with fasting.

“I transitioned to a way of eating for the rest of my life,” Wagner explained.

With calorie counting she lost another 20 pounds, bringing her total loss to 100 pounds in a year.

After she had shed about 50 pounds, she started adding in about 30 minutes of exercise a day. She enjoys tennis, swimming, walking or running.

“I was doing was mostly just cardio,” she said. “The muscles started popping out.”

GUESS WHO IS DRAIN FREE?!?!?!?! This girl!!!!! 🙌🏼🙌🏼🙌🏼🙌🏼 My appointment today was the best.one.EVER!!! My drains are out, stitches are out & even my steri strips are off!!!!!! Which means I got to see my scar for the first time & HOLY SH*T @drpatrickbasile is a wizard 😳 It is SO THIN. I feel like a brand new woman! He said I am healing great & that my end result would be fantastic! AND…..I’m cleared to start taking walks!!! 😭😭😭🙌🏼🙌🏼🙌🏼 I cannot wait to get moving a little bit! You guys know I of course took pictures & video, so I’ll share those later once I’m back home! So happy today! 💕 • #looseskin #looseskinremoval #tummytuck #tummytucksurgery #mommymakeover #breastaugmentation #100poundsdown #tummytuckjourney #tummytuckrecovery #jenstummytuckjourney #weightlossjourney #plasticsurgery #diastasisrecti #diastasisrectirepair #plasticsurgery #weightlossjourney #weightloss #weightlossdiary #healthyweightloss #weightlosssupport #weightlosscommunity #extremeweightloss #100poundsdown #caloriecounting #intermittentfasting #pcos

Today, she sticks with calorie counting to maintain the loss. After dropping 100 pounds, Wagner had loose skin on her stomach. She had the skin removed with a tummy tuck and a diastasis recti repair, when the ab muscles separate from pregnancy and birth. 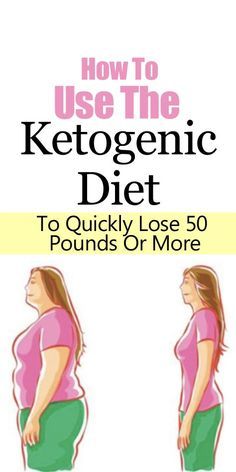